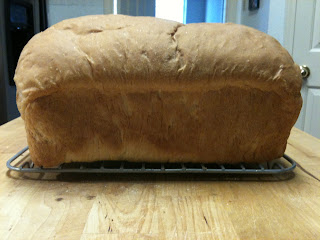 I'm back firmly (and widely) in the saddle, culinarily speaking. I have most definitely been inspired by the "cooler" temperatures, dry weather and early morning freedom that comes when husband heads off to work.
I don't do well standing around waiting for him to leave - don't people have offices? - and I am incapable of getting into anything while he is still here. That being said, I went on the ciabatta AND single white loaf kick. Both were done by noon and, frankly, delicious.
I tried a new morph for the single white loaf. Recently the loaves I do are too heavy and stodgy. I don't like heavy and stodgy. Son liked them and said they were "ok" but I wasn't happy. I've been playing with the single loaf for a while and, ta da!, I mastered it. I make this when we need sandwich bread. Son used to buy lunch, then take it and now he wants "good" cheese and home made bread, um, really? you're eleven for pete's sake - his wife's going to be annoyed with me.
I wrote the recipe and procedure out on my http://factoidz.com/white-bread/ spot but here's some pics in a better size and format: 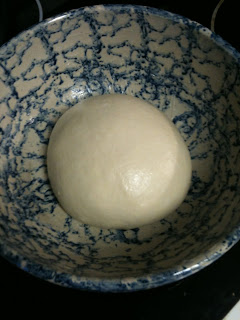 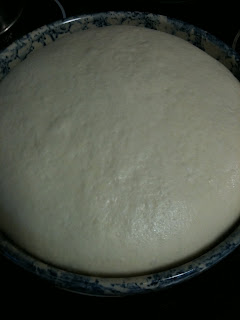 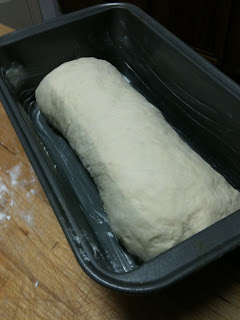 *each rise was about an hour in an oven with the light on. 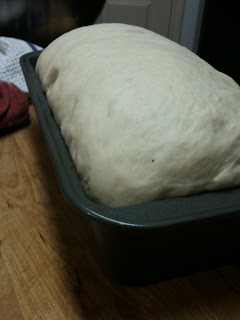 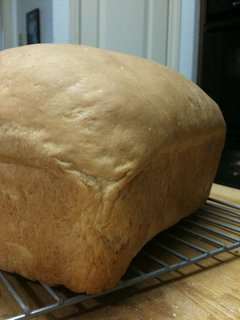 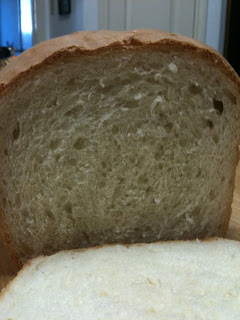 I also played with my standard ciabatta recipe today but I left the loaves to rise much longer, I was futzing between ovens (yes I have two) so there was a longer delay and it turned out to be a good thing. I will definitely be adopting this the next time I make ciabatta! 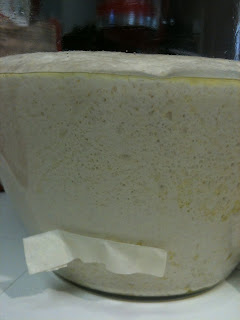 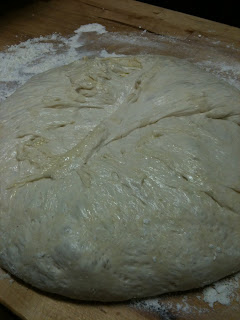 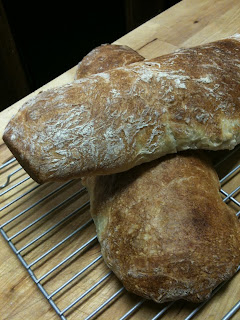 *that first rise in the bowl took 30 minutes! the yeast was insane an apparently loves the weather as much as me! 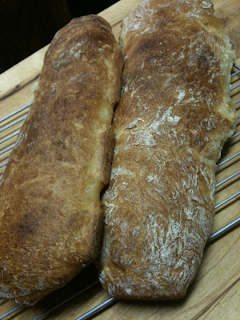 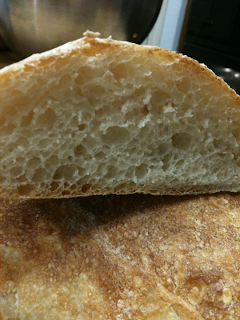