Spaetzle (maybe not authentic but it's mine)

Sometimes a friend asks a generic foodie type question and it sets in motion a hankering that simply can't be shaken.

I have, obviously, had that occur which is the only reason I would make and eat spaetzle for breakfast.  Now, that being said, I see nothing wrong at all with having it for breakfast more regularly.  It's taking all my will power not to cook up the rest of it and slather it in Tate & Lyles Golden Syrup or maple syrup or sugar, we'll see how my will power holds out.

IN the meantime, here's my recipe, such as it is and a play by play, the beauty shots.

In a bowl combine 1 cup a/p flour, 1 tsp salt, a few grindings of black pepper and whatever herb you like.  I have some tyme in here and a little herbs du provence.  I like these quite herby and savory but if you don't then leave it out and merely salt them.

Crack an egg in the middle and mix it up a bit. 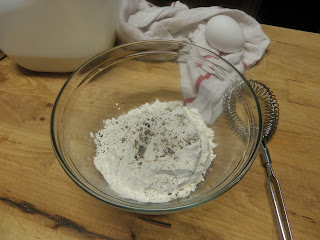 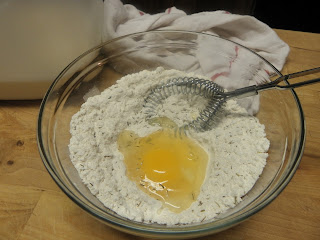 Add milk until it's thick but will ribbon on itself when you lift a spoon.  This is too thick! 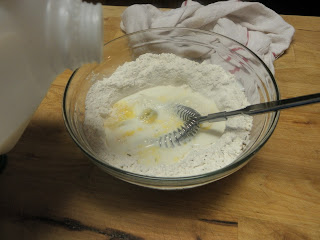 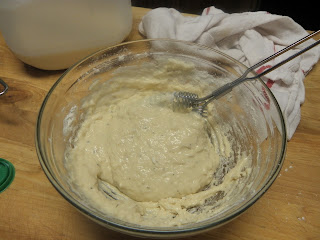 Add a little more milk and this is just right 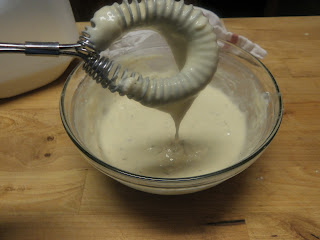 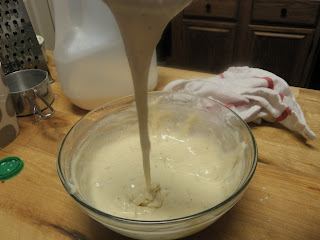 Now, for instruments.  I happen to have one of these makers but for years and years I used a flat grater.  You can also set a steel strainer over the pot or even a box grater but that's sort of convoluted to handle in the steam.  Use the strainer, biggest holes makes the biggest noodles.

Here's my station, one pot of boiling salted water and one receptacle with ice water and a giant strainer/spider to scoop 'em! 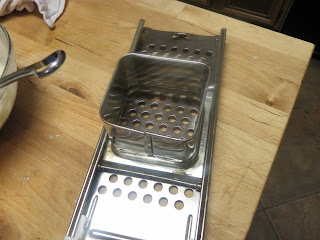 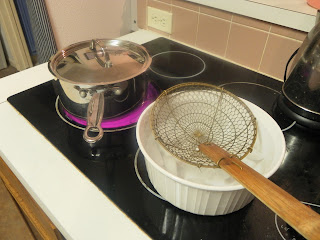 Set your strainer/grater/spaetzle maker over the boiling water and put a giant glob of the batter/dough on it, scrape it slowly so it's forced through the holes and into the water. 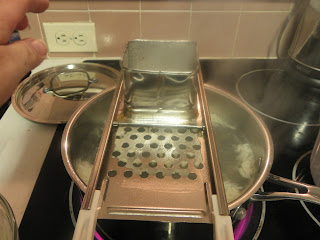 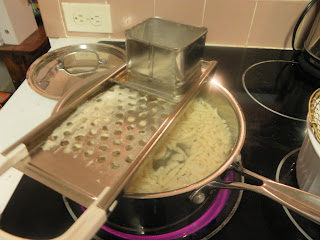 When they float for a moment or two, they're done. 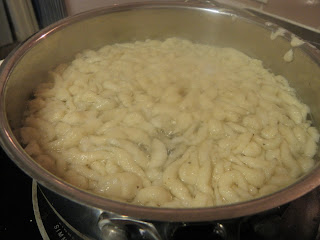 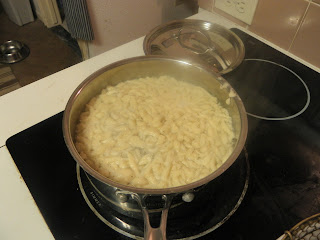 Scoop 'em out and dump into cold water to hold them. 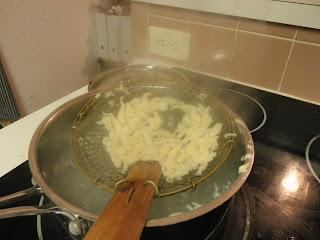 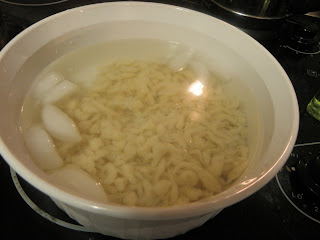 Put some butter and a little oil in a pan, heat it up with some herbs, I used tyme and savory. I would have added parsley but whoever is in charge of groceries here failed miserably with the fresh herbs, oh wait, that's me, nevermind. Let it get quite hot if you let the butter brown slightly it adds a lovely nutty flavor to the spaezle. 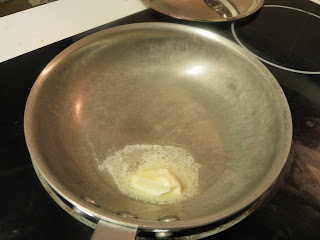 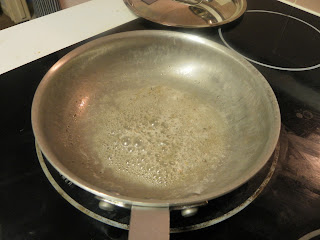 Toss in some drained spaetzle and shoosh it around, it'll spit and crackle from the water evaporating then it'll heat through, absorb the butter and herbs.  You can fry it until they brown, I rarely bother. 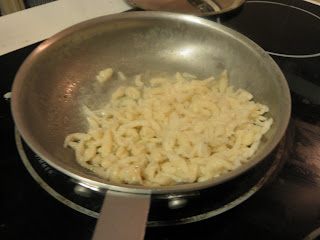 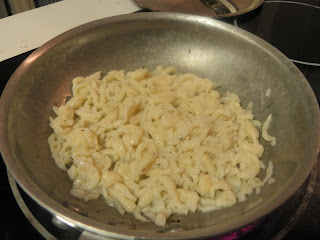 Tip into bowl.  Grate more pepper if you're in the mood.  Add cheese if you like or fresh parsley, *mental note, add parsley to shopping list*  Eat joyously. 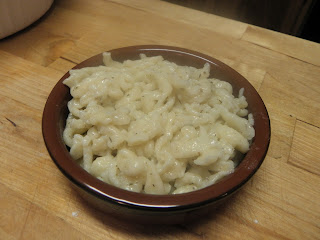 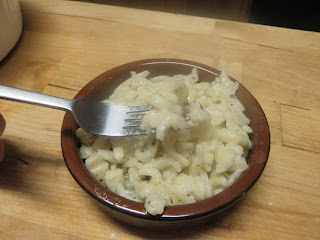 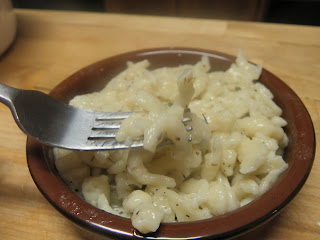 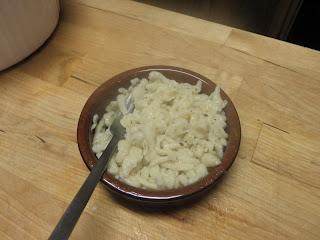 A little flour, an egg and some milk, really, go make some!  It's a super delicious and quick side dish it's also a fabulous main course.

Now, the only decision left is whether I make more and toss it in sugar then ...  I'll go eat a piece of halloween candy while I decide.

Email ThisBlogThis!Share to TwitterShare to FacebookShare to Pinterest
Labels: noodles, side dish, spaetzle