I had a hankering today.  It's a dangerous thing when I have a hankering.  I have knowledge that rarely is useful as is evident by my ever expanding backside.
When I lived in Burlington, there was a Chinese food restaurant up the street.  The restaurant was completely and totally ordinary but they made the most amazing round egg rolls.  I would drive by and order them hot and fresh with just enough of the grease they'd cook them in pinching out to burn my chin.  I seriously loved those egg rolls.  They were bean sprout heavy if I recall correctly, I never have healthy bean sprouts here.  If I actually do buy them anticipating some delicious health dish, by the time I get to them they are the day past when I should use them. I don't think there should be the beginnings of a slime bath in the bottom of any sprout bag. I buy bean sprouts with great intentions but really, they merely come here to die. But, I digress.
Every once in a while I think of those egg rolls and wish I had some.  I have tried and failed at making anything similar to theirs but I do make a reasonable pork egg roll.  These are absolutely meat egg rolls with veggies as opposed to my leaner days when I'd make veggie egg rolls with pork.  Pork is cheap, the pound cost me $1.62 today so I indulged and used the whole thing.  Frequently my pork egg rolls will satisfy me during the times of such a hankering.  Today was such a day.
In a big blue bowl combine:
1 lb ground pork
2-3 cups cole slaw mix (shredded cabbage, carrot)
2 spring onions
salt and pepper
soy sauce, oyster sauce, garlic chili sauce and sesame oil.
There's no amounts, I do a couple glugs of each but just a little sesame oil, it's very strong.
Throw the mixture into a screaming hot sautee pan and cook it just until the pork is no longer pink. 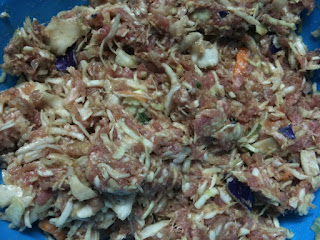 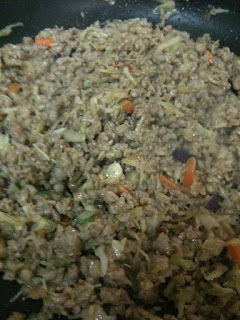 Put it back in the bowl to cool down a bit and heat 2 inches of oil.  Throw a piece of bread in the cold oil, turn the heat on medium and when it's brown, the oil is ready to fry.  It's one of those old school tricks that will never let you down. 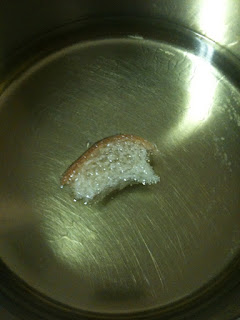 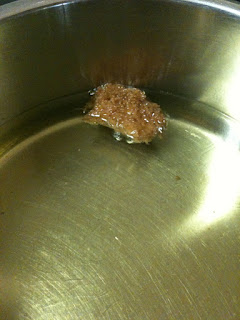 Assume your standard rolling position.  These are store bought egg roll wrappers, sure, I make alot of my own stuff from scratch but seriously, I'm not a fanatic ;).  Brush water all around the edges of the wrapper, I use my fingers but if you'd rather use a brush, have at it.  Put a healthy line of filling down, roll the bottom up, fold in the sides and roll it up. 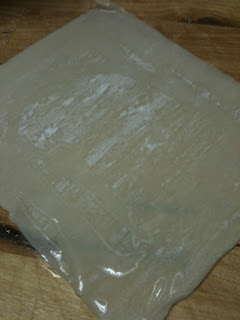 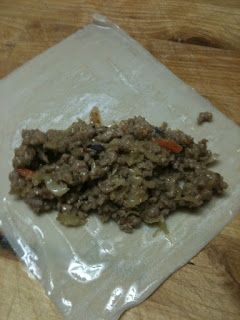 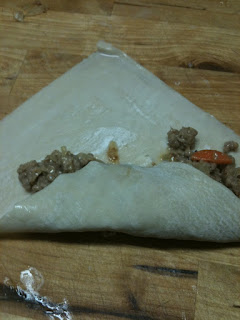 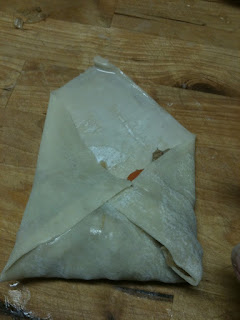 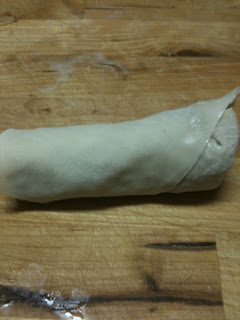 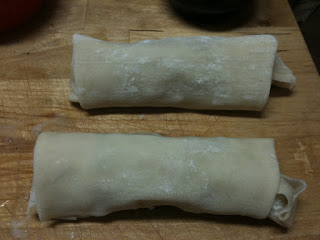 Fry a couple at a time, seam side down, until they are beautiful.  Salt them lightly when they come out of the oil then serve them up. 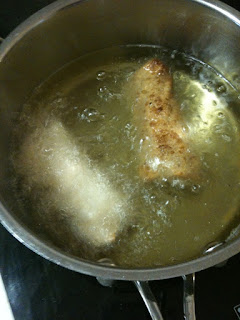 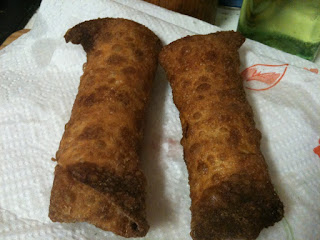 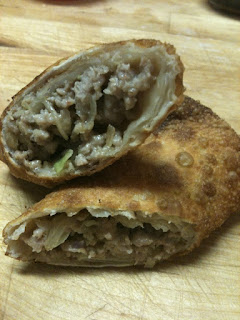 I stack them in a ridiculous manner because it impresses the heck out of Connor! 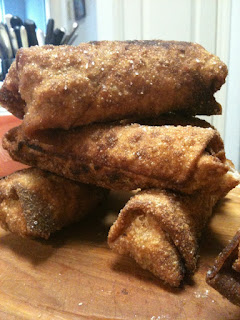 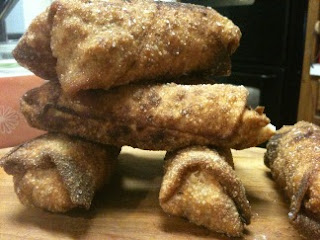 EAT THEM!
/enjoy
p.s.  ok, i'll confess, but don't tell anyone.  one of my favorite guilty pleasures on egg roll day is the next day when everyone is at school and work.  Take an egg roll wrapper and spread it with nutella (chocolate hazelnut spread) then slice a banana thinly and lay it on the nutella.  Roll it tightly and shallow fry it quickly.  When it comes out of the fat, roll it immediately in cinnamon sugar then put it on a plate and drizzle a little of that Hersheys chocolate syrup on it, stand at the counter and eat it like a woman possessed.  Oh and you're welcome ;)