OK, I admit it, every once in a while we go down the prepared food aisle and I try to find something Connor will like. He doesn't like boxed food as a rule, yeah, I did that one to myself.  He's a "can't you just make it at home" sort of kid. I've tried to force him to eat macaroni and cheese from a box, it's never gone over well.  He does, however, love a good Alfredo and I was determined to find a way to find the ease of a box and the speed that he can manage and make himself.  He is 13 after all and food isn't something he waits for graciously.

I was playing around in the kitchen, like I do, and I discovered a box of macaroni and cheese that I got for free and stared at it...there's got to be a way to cook this boxed stuff (and real stuff too!) in the pressure cooker! No pots to fill with water, no precarious draining or having to deal with the stove.

1 box of any macaroni and cheese
OR
a single layer of dry, small, pasta like mini shells

Put a single layer of dry pasta (boxed or loose) in the pressure cooker and cover with water. Add just enough to cover totally. *there's pictures below to show you* Add a pinch of salt and a drop of oil. Lock and load and set timer for 5 minutes (high pressure) walk away. 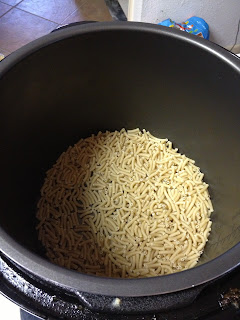 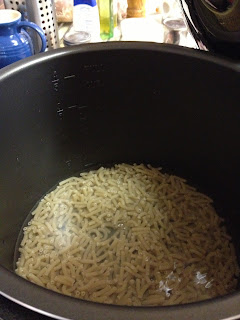 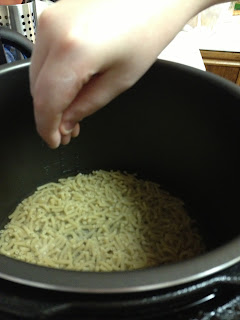 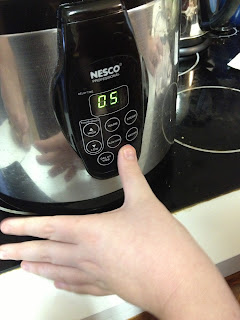 Meanwhile, put 3 T butter and about 1/4 cup milk in a dish.  I told Connor to do this so he has something to do for the 5 minutes the pasta is cooking :)  I also think he figured it was a higher percentage of me cooking than a box which was the reason he was willing to give it a try I think.

At the end of 5 minutes, release the pressure and LOOK!  it's COOKED!!!  it's not gummy or pasty, it bugs me that it works...but it does and it works beautifully!!  I tried it with a number of small size pasta and it worked with each one just as well.  I think mini shells are the favorite now, with butter, cream, Parmesan and pepper.  These beauty shots are from a box for effect. 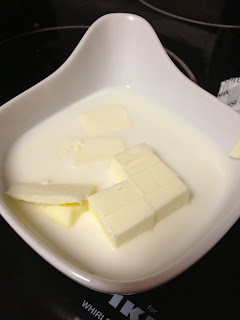 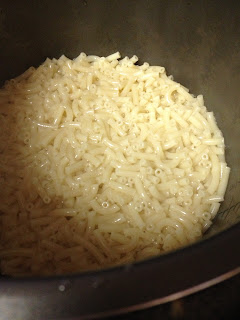 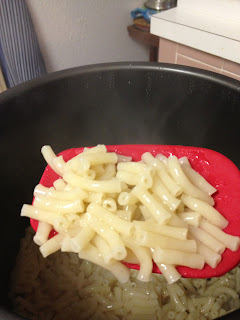 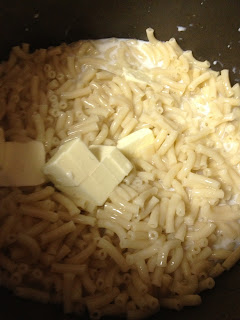 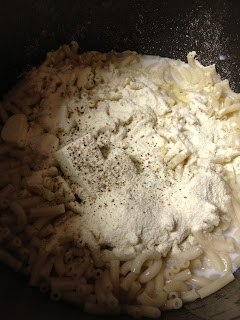 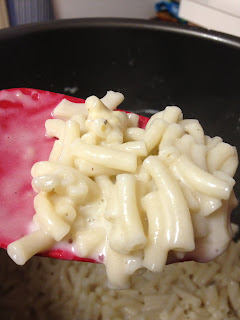 Serve it up straight from the cooker.  Grate some cheese on top or just serve it the way it is.  I have no problem with my 13 year old son making himself a pressure cooker meal of pasta and cheese any day of the week. I served myself up some, for science of course, and added a couple of the meatballs I'd pressure cooked earlier in the day.  Yeah, it was pretty good. 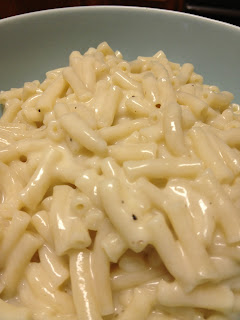 I do the same preparation, with the butter and milk/cream but use fresh grated cheese when I made this same dish using small shells.  Same thing, a single but solid layer of dry small pasta and water to cover.  IF you like it a little softer, do 6 minutes, but 5 works perfectly for us and our preference for pasta that is al dente.

Go try this, it's wacky, quick and really really good.