Caramel rice with spices (an experiment) 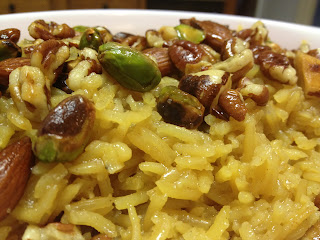 I have been cooking a lot lately.  I am supposed to be sewing but I have the culinary bug big time and I've had hankerings I simply cannot shake.  The unfortunate thing about me getting a hankering is the fact I immediately walk into my kitchen and wonder, "seriously, how hard can this be?".

I have had an Asian food hankering lately. I can't seem to get enough Chinese food.  I went on a Banh mi hunt last week and found the best in town...I love Thai food.  I was thinking about spice and sweet and rice.  Sticky rice to be exact, I was thinking about sticky rice with coconut and mango and it sort of went off course and turned into rice with caramel and spices and nuts...  it was an experiment on a Wednesday morning when I had time and tastebuds to kill.

I wanted something sweet and savory.  I seem to recall seeing something about frying meat in caramel and wondered if you could do it with rice. I did some internet cruising, couldn't find that which struck me as a hankering satisfier so ventured out on my own. This is what I did, I think I like it, a lot.

Amounts are approximate, this is a method rather than a recipe.


I grabbed a large handful of nuts (hazelnuts, cashew, pistachio, almond)
Fry them lightly in butter or ghee (I actually HAD ghee) and remove them to set aside.

Fry a large handful of basmati, about a cup, until it's toasty, remove and set aside.

Throw a handful of sugar in the pot with a splash of water and boil like crazy to make a caramel.  When it's the color you like and can smell it, add about 2 1/2-3 cups of water and bring to a boil.

Add the rice to the boiling liquid along with a pinch of salt, 1/4 tsp grated nutmeg, 1/4 tsp cinnamon, 1/8 tsp mace, 1/8 tsp allspice.  I wanted cardamom but didn't have it.  I was going to add turmeric but forgot.

Cover and turn to lowest setting, cook until rice is done, 15 minutes?  Uncover and fluff with fork then put a towel over the pot with the lid and remove from heat.  Leave it to steam about 5 minutes.

Toss with the nuts (and any dried fruit you like) and serve.

It's warm and savory and sweet and crunchy and soft and it feels as though it hits all the flavors I had a hankering for.

I think it's worth a try, add your favorite spice, favorite dried fruit (I'd add them in with the rice to cook/soften)  It's a totally different culinary experience than I've had lately and I like it.  I think it'd be fantastic served with some poured cream or yogurt (slightly sweetened) over it.

I'm going to continue to tweak this but I wanted it up as something a little different to try.

These are the action shots:

Roast/fry the nuts and set them aside.  TRY not to eat them all before the rice is cooked. 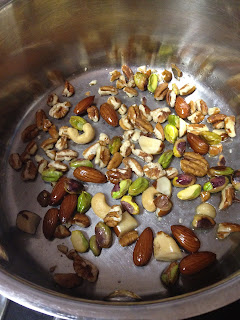 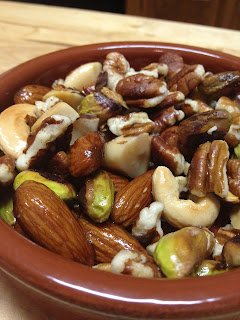 Fry the rice in some ghee or butter until it's nutty smelling and toasty.  Set it aside too. 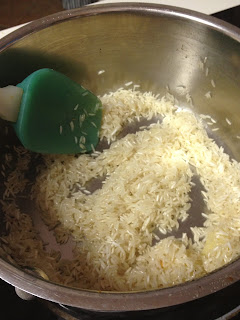 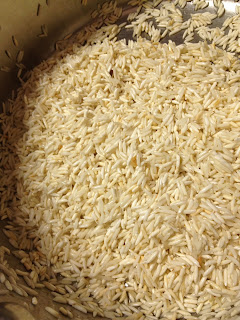 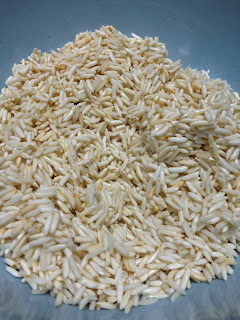 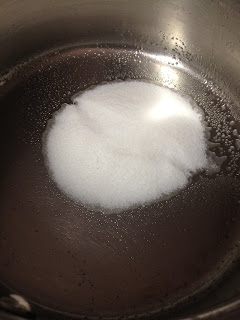 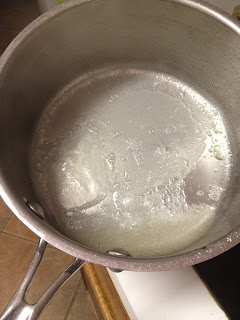 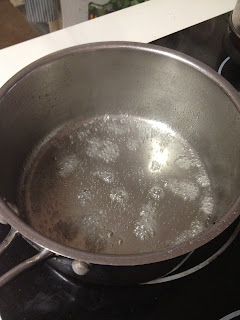 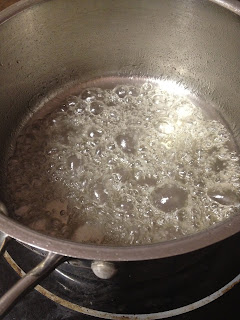 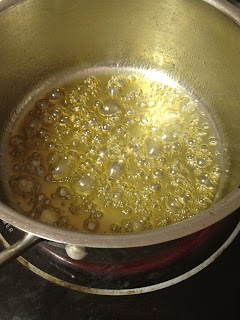 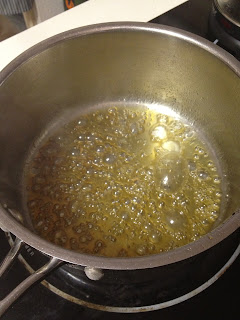 Add water quickly! Caramel steam bath! Add the toasted rice and the spices (and any dried fruit you want) 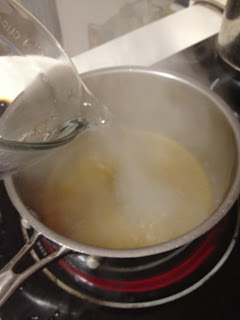 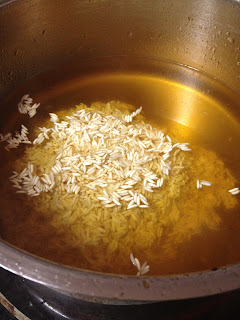 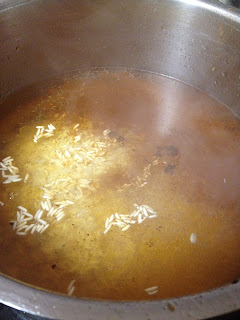 When it's back to the boil, cover and cook.  Then let it steam for a few minutes. 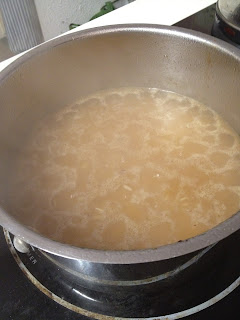 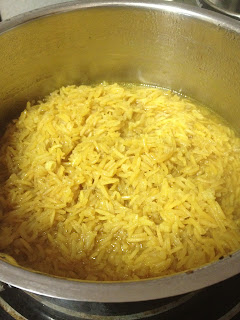 Fluff it with a fork and combine with the toasty nuts and/or raisins (a new addition we just thought of) and dried fruit.  This stuff is definitely "more-ish".  A friend and I had a long conversation about it and think it might be nice stuffed inside a pork loin or roast.  I think it's on my short list of things to try.

I also think it's nice with a drizzle of yogurt/honey or unwhipped unsweetened cream.

I can't decide if this is dessert, lunch, a snack or a side.  I do know, however, that I keep sticking my fork into it and am thoroughly enjoying the flavor signature.  (oooooh, I got all chef-y there!) 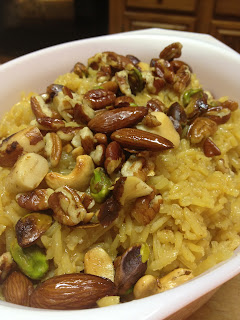 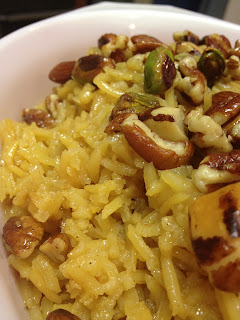 I think it's worth a try.  Let me know what you think.