MY version of the Brazilian Flan, yeah, you're going to want to make this

THEN while researching something completely different I stumbled upon Brazilian Flan.  Seriously?  it appears the only difference is the blending and the addition of sweetened condensed milk.  Wow, there's nothing wrong with that at all. 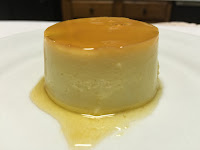 After some more research and testing, I came up with this, my version of the Brazilian Flan.  It's thicker and creamier than it's French and Mexican relations and that's ok in my book.  It's a snap to throw together, makes a ton (10 ramekins!) and did I mention delicious??  It's also in a jar, Flan in a Jar, baby.

It occupies that spot in time and space between a flan and a creme brulee.  It's custardy and creamy and light and sweet and rich all at the same time.  You're going to have to make this.

BRAZILIAN STYLE CREME CARAMEL FLAN in a Jar - MY VERSION


1 can (14 oz) sweetened condensed milk (or make your own)
1 (scant) can (use empty ^^ can) milk
4 eggs, Large or better
pinch salt
dribble of vanilla
nutmeg if you're in the mood

Combine in a blender and blend till well combined, leave to settle and the bubbles to subside, or skim them off.

Combine 1 1/2 cups sugar in  a 4 cup pyrex measuring cup, add a little water to moisten.  Microwave on high about 6 minutes, until it's the color you like.

Divide hot sugar mixture between 10 ramekins or the 4 oz glass jars I use for everything.  Put them in a dish with a towel on the bottom then divide the caramel.

Fill with the milk egg mixture

Pour hot water to 1/2 up the sides of the containers and pop ainto a 350 preheated oven for 40 minutes.  The top browns, don't freak out, it's supposed to.  The condensed milk is the culprit, don't fret.

When they're set but a little jiggly, transfer them to a rack and leave to cool.  Pop the lids on the jars and throw them in the fridge till tomorrow or until they're really cold.

Invert onto a plate or just dig in.

Put the ramekins or jars in a pan om a towel.  Mix the egg and milks in a blender and set aside 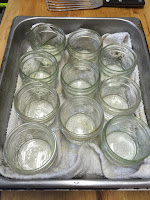 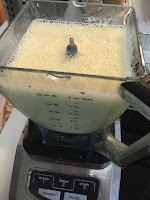 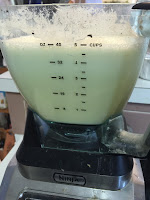 Make the caramel in the microwave, this took about 6 minutes on high.  I'd say be careful, it's hot, but then  we all know boiling sugar is hot so I'm not going to say it, we're not idiots. 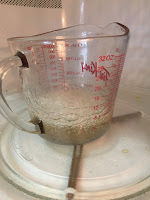 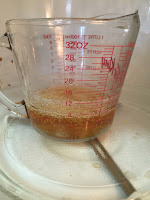 Divide the caramel between the jars then fill with the milk and egg mixture.  Bake for 40 then remove to a rack to cool completely.
Put them in the fridge, covered and leave them to get icy cold.
(confession:  I love them warm) 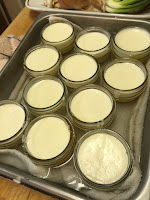 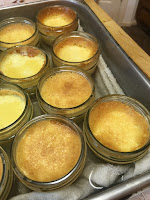 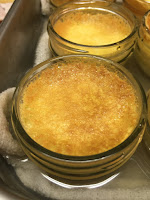 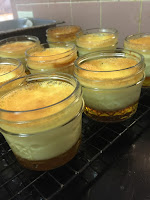 That's it, make them, enjoy them then make some more :) 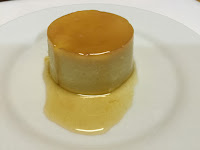 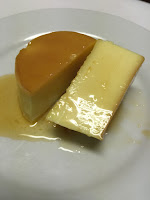 Email ThisBlogThis!Share to TwitterShare to FacebookShare to Pinterest
Labels: brazillian flan, caramel, creme caramel, custard, dessert, flan, flan in a jar, how to