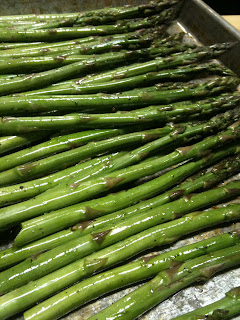 It's been 106+ in Austin for weeks.  And weeks.  And weeks.  As much as I love to cook, it's just too hot.  To cook anything.  Inside or outside.  I had to kill a couple of hours while Connor was in band camp so I wandered the local grocery, use their air conditioning!  They had asparagus on sale and I had a hankering.
I remembered I had left over mashed potatoes in the fridge, some romaine and a can of salmon.  Voila, dinner for 3 for nothing basically.
I splurged and bought the asparagus.  Even though it was skinny I knew I could enhance it's "asparagus-y-ness" and have myself one heck of a feed for $1.99/bunch.  I found the biggest bunch ;)
I made my Nana's hot water hollandaise.  It's rich and creamy and induces less guilt due to the fact the butter is reduced and boiling water is added.  I add black pepper and a smidge of tarragon to mine which makes it my own version.  I'm all about the futzing.
I don't know if it's a family recipe so I will hold off putting the recipe out here for the moment and check with the current matriarch. I made it in the blender, transferred it to a pot to thicken and moved it into a jar, sat in hot water, and it waited for me. 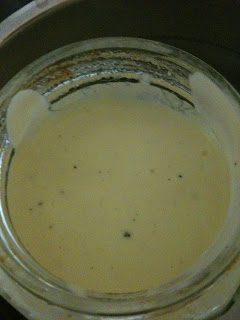 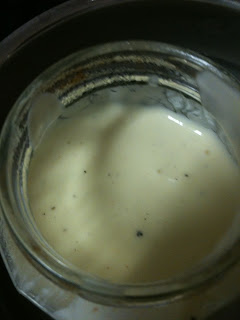 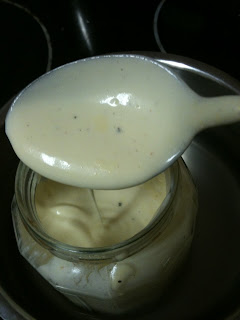 The salmon cakes are the 1 1/2 cups of left over mashed potatoes, a drained tin of salmon, one green onion, salt, pepper, 1/4 cup breadcrumbs soaked in the juice from the salmon tin.  I formed them into 9 1/3 cup balls and tossed them into the fridge until I was ready for dinner.
I rolled them in 2 beaten eggs then into Panko breadcrumbs and fried them in peanut oil until they were brown, crispy and heated through. 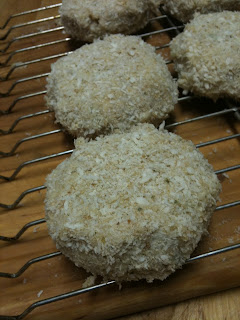 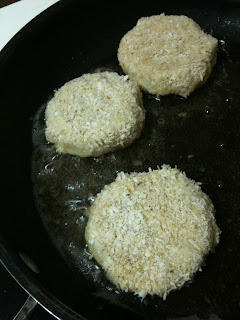 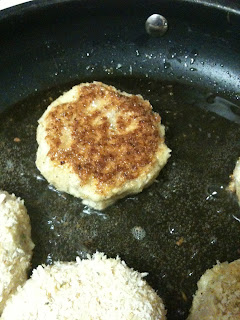 I drained them on paper towel quickly then put them in the pan with the cooked asparagus to keep warm.  The asparagus got a reasonable dose of salt and pepper and a drizzle of olive oil.  I cooked it in the toaster oven!!  to avoid heating the house and they were great!!  I cooked them at 450 for 8 minutes.  They came out crisp tender with a roasty flavor and just perfect. 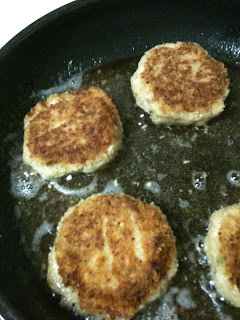 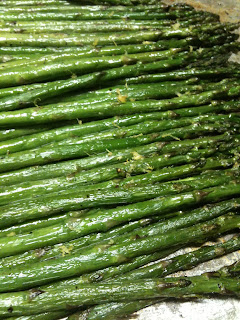 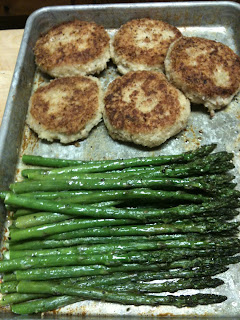 oh yummy roasty goodness.  I grated a few passes of lemon zest on them fresh out of the oven, I could have eaten nothing else. 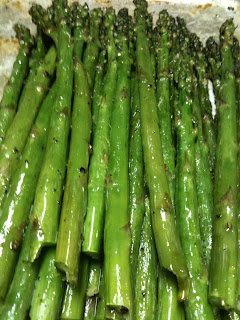 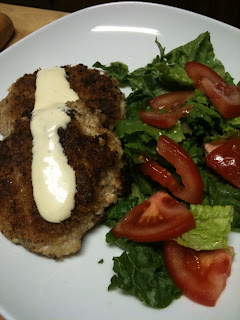 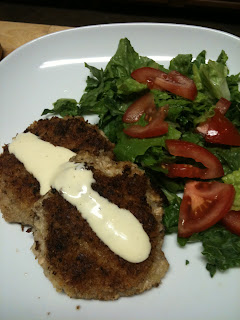 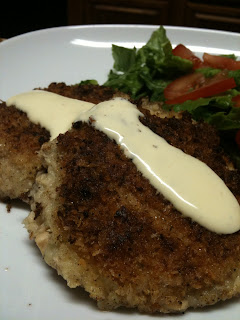 I thought the simple approach best, a couple of crispy cakes and a generous helping of the crisp tender roast asparagusy goodness.  Naw, who are we kidding, hollandaise me baby!  Yes, we all know that after the photo shoot, I slathered the hollandaise on my salmon cakes too.  Painfully good. 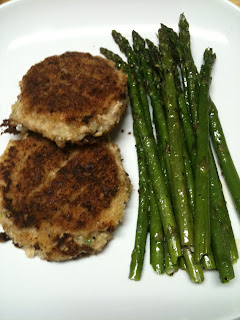 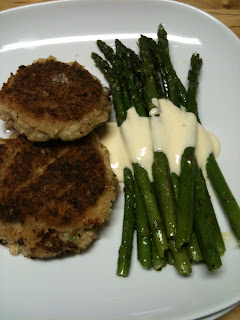 It has the illusion of health and the rich decadence of a hollandaise that's light yet flavorful!